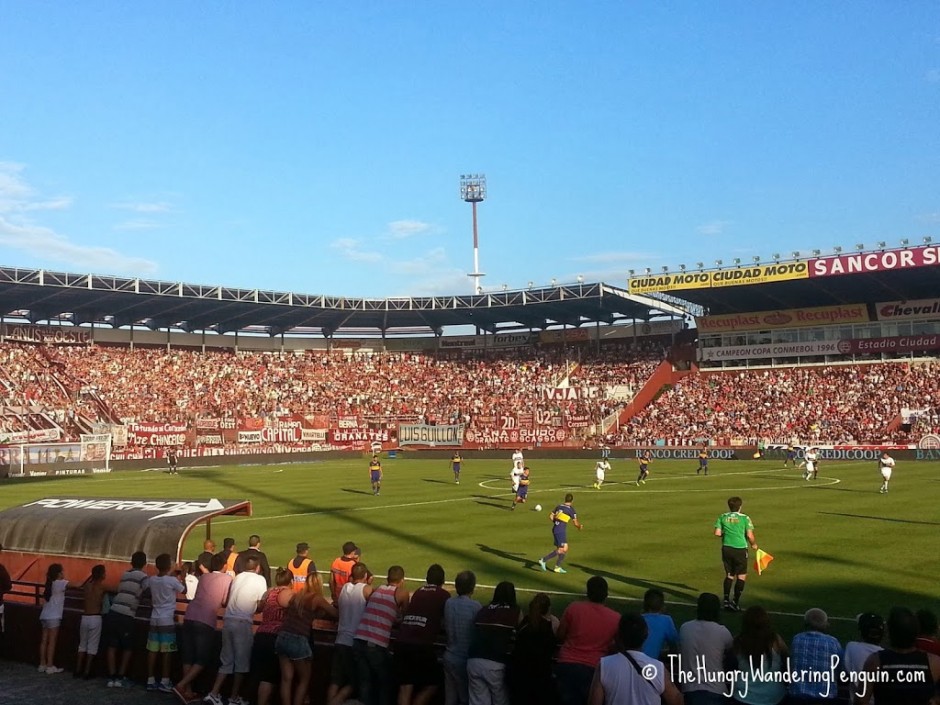 Attending a Fútbol match while in Argentina is almost as critical as eating a piece of steak. Your trip just wouldn’t be the same without it!

Luckily, I was able to catch a pretty hot game while I was in Buenos Aires: Boca Jrs. (ranked #5) vs. Lanus (ranked #2) at the Lanus Stadium. 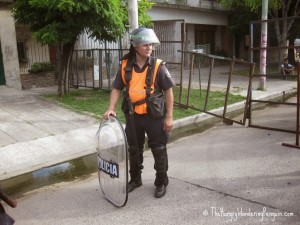 On game day, the streets were teaming with Lanus fans decked out in the team’s colors, carrying large Lanus team flags, and downing hot dogs as they waited to enter the stadium. The surrounding area was guarded with policemen armed and ready with riot shields, helmets, and tactical equipment

Lanus fans came in droves, but the Boca Jrs. fans were missing! Apparently fans died during the games last year. The Fútbol association decided to forbid fans of the visiting team from attending. As a result, the entire visiting section of the stadium was empty. What was shocking was the amount of barbed wire that separated the home team vs. visiting team sections. People weren’t kidding when they said that Argentinians take this sport seriously! 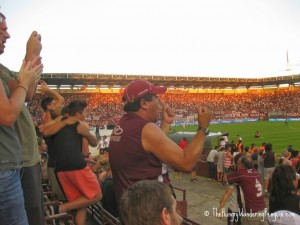 Another interesting tidbit? When Lanus scored the fans went bananas!! When Boca Jrs. scored, the stadium was dead silent. Not even a grunt or a “DANG IT!”. It was complete silence as if they didn’t even acknowledge the fact that Boca Jrs. scored.

The atmosphere was rambunctious! I don’t think I’ve been to any sporting event with so much energy. Perhaps this clip can give you a sense of what it felt like being there!

My Ayahuasca Journey – Surrendering to the plant medicine

Why You Should Travel NOW!